The global fashion industry is expected to be worth a little under £1.5 trillion by the end of 2022. In the UK alone, eCommerce fashion sales are forecast to account for around £140 billion in sales, even after the first full year of traditional retailers being open since the Covid-19 pandemic and a precarious economic situation. 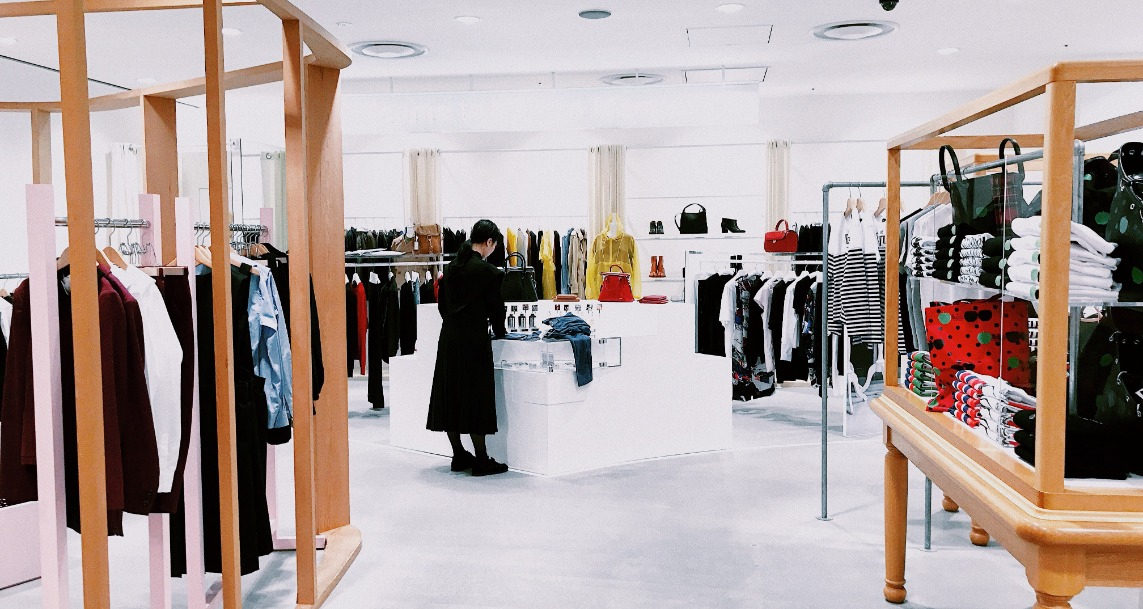 The online fashion space is viciously competitive but can reap massive rewards for those at the head of the pack. In recent years, a few companies have stood head and shoulders above the rest and have become household names worth hundreds of millions of pounds in a relatively short space of time.

Each company has succeeded for their own reasons. Some guarantee quality on a budget. Others offer the finest designer labels at an attractive price. Others offer an intuitive shopping experience with exceptional customer service. But one thing these companies all have in common is that they all utilise extensive in-house teams that provide them with the flexibility, creativity and depth of talent to guarantee continuous growth and that every type of challenge can be readily overcome.


Big brands and their in-house teams

Gymshark started life as a supplements company in a Birmingham garage in 2012. The brand transitioned into making comfortable, durable and affordable gym wear aimed at the 18-25 year old market a few years later. Gymshark’s founder, Ben Francis, is often held up as one of the 21st century’s greatest business successes. RIght from the off, Francis employed a closely knit in-house team of friends to manufacture, market and package Gymshark’s earliest products from that garage. Fast-forward a decade and the company is now turning over £500 million a year, with half of that revenue coming from the North American market and boasts an in-house team of over 200 developers, SEO specialists, marketers and more.

END Clothing is a similarly rapid success story. After initially launching as a conventional retail store in Newcastle back in 2005, the company entered the eCommerce space relatively early just a year later in 2006. The business sells high-end fashion brands such as Gucci, Balenciaga and Burberry and set out with the mission to deliver high quality clothing to the North-East of England. Now, 16 years later, the company turns over more than £200 million annually, with much of that coming from overseas. The company has proven very attractive to investors, with a majority stake recently being sold that upped the company’s value to an impressive £750 million.

Farfetch is another major player in the online high-end fashion space. Launched in 2007 with truly global ambitions. At present, they operate offices on four continents and connect customers in 190 countries with boutiques from 50. Farfetch also operates several subsidiary eCommerce and bricks and mortar companies that deal with marketplace and B2B trading. However, Farfetch still retains an extensive in-house agency network of over 900 global eCommerce experts. This has facilitated a groundbreaking turnover of $4.2 billion and laid the groundwork for future development.

But what exactly do these substantial in-house agencies offer to these major eCommerce fashion brands and why have they been so instrumental in their successes?

What is an in-house digital agency?

An in-house digital agency is simply a readily accessible network of various experts that can be drawn upon and put into tailored teams specific to the task at hand. These could consist of marketers, copywriters, front and backend developers or anyone else involved in making eCommerce ideas happen.

The ability to draw upon this pool of talent allows eCommerce managers to take more control of their projects safe in the knowledge that they’ve got the ability to put together teams that are committed exclusively to the task at hand and are assigned to positions that suit their personalities and unique set of skills.

The benefits of an in-house digital agency

Each of these companies has used in-house agencies to manage tasks from day one. Taking the first steps as an online fashion brand can be nerve-racking and it is understandable why many startups and smaller brands choose to turn to recruitment agencies to provide them with ready-made talent to help them kick on. There are many cases in which this can work but equally there are many instances in which this can prove to be an expensive and time consuming process.

This was undoubtedly a key consideration on the part of Gymshark, END and Farfetch as keeping a readily accessible in-house agency allows ideas to get off the drawing board and into action much faster than relying on alternative hiring methods. When it comes to starting an online fashion business, this improved time to market can make all the difference. Farfetch and END both deal in the B2C high end fashion market. A quick Google search will reveal just how congested this market is and to succeed here you have to stand out and the best way to do that is by getting your freshest ideas out there quickly. WIth an in-house team, you are not only able to get things out quicker, but also able to fix things if they go wrong.

Traditional recruitment agencies will typically draw talent from a geographically restricted pool. This could be as large as a whole country or as small as a single postcode, but either way they are restricted. This means that recruitment agencies are less likely to have people with the right expertise for the job.

The nature of eCommerce is such that it naturally lends itself to remote working. This enables eCommerce managers to look further afield when recruiting for their in-house agencies and drastically widens the possible pool of talent available by a global scale and greatly increases the chances of finding the perfect person for your project and can be a real asset if, like Farfetch and Gymshark, you have ambitions for international expansion and need understandings of different markets.

Gymshark has recently taken on America, which requires expertise that may be hard to source in the West Midlands. However, by drawing on international talent they have been able to successfully enter this market and build in-house teams especially for the purpose but can still be managed from their HQ and allows them to stick to their local roots. In the case of END, specialised teams have enabled them to break into world famous international fashion markets, such as Milan. It is hard to imagine that any of these companies would have grown at the same rate if they were relying solely on using external digital agencies to manage the technical and marketing activities for their eCommerce stores.

In-house agency teams are all on the same page and have established channels of communication which ensure output is consistent and timely. This alone essentially guarantees a faster return on investment and puts business managers back in the driving seat. By having total control of an in-house team, eCommerce managers are also able to control and quality check all output and replace any weak leaks that might be slowing progress.

By having more control over the hiring process, these businesses are able to ensure they’re bringing in only the best candidates for every job.

In-house agencies can assemble tailored teams of developers, designers and marketers to the needs of each project. This can be made easier if companies are able to access a global talent pool where the chances of finding more niche specialities is exponentially increased. This increases the likelihood of finding the right people for any position and has enabled these companies to plan for future upscaling with a higher chance of success and at a lower expense.

Farfetch operates in 190 countries and has only existed for 17 years, which gives you an idea of the sheer amount of scaling up they have done over the years and their in-house agency oriented strategy is paramount to this. In fact, the level of upscaling that Gymshark and END have also had to make means that all of these companies now actually boast in-house teams that are larger than most agency rostas.

END, Farfetch and Gymshark all operate in ever-changing and highly competitive industries where speed and quality of innovation are essential to success. If this is your goal, then a good quality, devoted in-house team is one of the best assets a business can have.

These brands realised this early on and have made the most of it ever since. By having large in-house teams at their disposal that are closer to the company and clearly understand the brand’s roadmap and ethos, they are able to comfortably delegate tasks to smaller groups who are then free to get the job done. This encourages innovation and gives brand’s the flexibility to implement changes that could speed up or improve the end product quickly and effectively.

As we have seen, in-house agencies are a key factor in the success stories of these three massive eCommerce fashion brands. By making the most of all the benefits of hand crafted and highly skilled teams, END, GymShark and Farfetch are able to bring in the specialities required to deliver the best technological, marketing and product innovation which enables them to achieve their goals and stand out in a viciously competitive industry.