Lacking Language Barriers: Why you shouldn’t worry about English proficiency of overseas talent 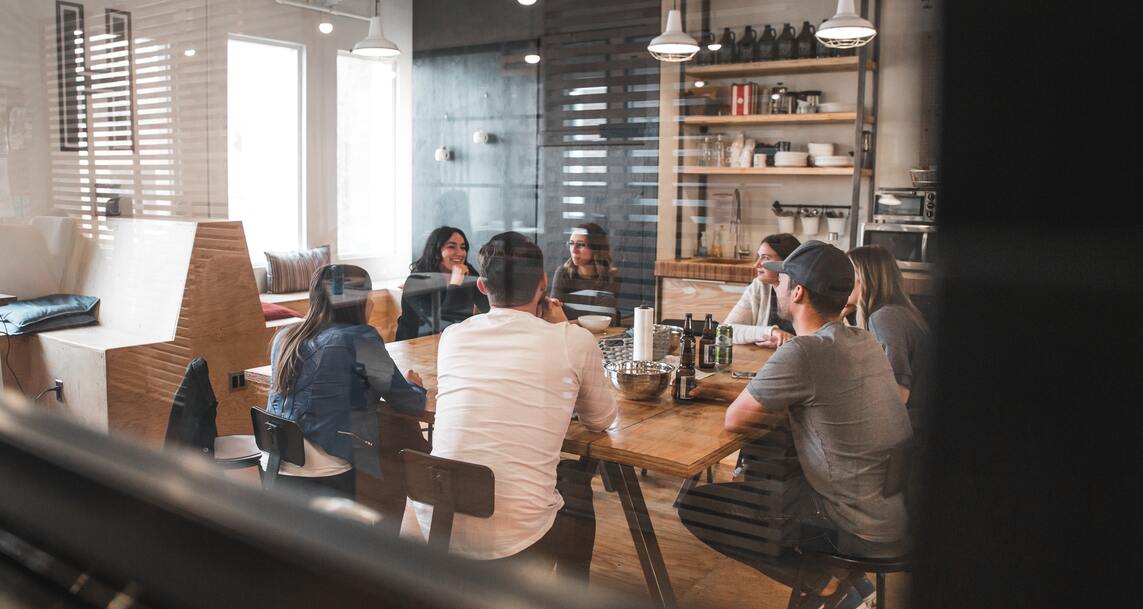 Every Brit that has ever been abroad can likely sympathise with the embarrassment of fumbling through a simple phrase in the local language only for the opposite person to reply in decent English. This national embarrassment is compounded by the sad fact that the UK is the worst country for knowledge of foreign languages in Europe – with just under a third of young people being able to understand another language and much of that coming from those with dual nationality or foreign parents that spoke their native language at home.

But  there is a reason for why this exists. English is an official state language of 67 countries – that’s roughly a third of all the world’s nations. It’s also widely accepted as the world’s ‘lingua franca’. Meaning that it is the most common dialect used to communicate by people who do not speak each other’s own language. For example, if a Serbian person and an Indonesian person meet – they are far more likely to both speak English than any other language.

Understandably, the level and style of English spoken depends on the individual and the education they have access to. This can make tech business owners wary of hiring talent from overseas, especially for client facing roles such as project and account managers where fluid communication is essential. But are these concerns justified? And what simple steps can business owners and agencies implement to avoid potential slip ups?


English is the language of tech

As well as being the world’s Lingua Franca, English is also the default language of business and tech despite it being only the third most commonly spoken language in the world behind Mandarin and Spanish. This means that for many people around the world – learning English is an integral part of their career plans – as a high level of English proficiency opens the door to a much broader range of internationally focused roles that operate within more lucrative markets than those of their homelands. In tech for example, The United States and Great Britain represent two of the biggest industry hubs in the world whilst emerging hubs like Mumbai and Tel Aviv also work in English. To make the most of these opportunities, candidates need to treat their spoken language with the same level of importance as their programming language skills if they want to work with clients as part of a development team or a sole talent.

This process is happening the world over but nowhere is it more evident than the countries of Eastern Europe and the former Soviet Union. When the Berlin Wall fell in 1989 – it opened these countries up to the world for the first time in nearly 50 years and with this came opportunities. English proficiency was seen as a way of making the most of these opportunities and three decades later countries like Poland, Slovenia, Hungary, Serbia, Romania, Croatia and the Czech Republic all have an English proficiency rating of over 60% – meaning more people speak English in their country than do not. Furthermore, other countries like Lithuania, Bulgaria and Slovakia all have a rating of around 58% – which places them higher than major western European countries like France, Spain and Italy.

Young people in these countries have also been quick to expand into new industries – especially around technology and computing. Eastern European countries have proved very adept and mastering these skills – with HackerRank placing Poland, the Czech Republic and Hungary in the top ten coder producing countries worldwide and Skill Value awarding half of the positions on the list of the top ten countries to hire IT specialists from to Eastern European nations. Local governments have also taken notice of the opportunities the tech industries can provide to their citizens and have invested heavily in IT and tech education and start-ups and countries like Romania also offer benefits to Western European companies who make use of their growing pool of domestic talent and Poland has seen the value of their IT industry grow to over $12 billion annually and contribute just under 30% of all the new jobs that enter the labour market.

This level of tech education goes hand in hand with the high levels of English proficiency – with many tech students studying in English at university or having learned it continually through high school before getting where they are. In fact, studies have shown that 92% of all of Slovakia’s tech specialists are fluent in English and 70% of Poland’s IT workforce is outsourced by foreign companies who have realised that there is nothing to pick between the quality and delivery of work produced by overseas and native English speaking talent.

How to assess English proficiency quickly and cheaply

All of this points toward the Eastern European labour market being fertile ground for companies from the UK and other Western countries to source top tech talent at a mutually beneficial cost. However, hiring the right talent can be a long, laborious and costly process and the importance of bringing in the right people as quickly as possible can be the difference between a project’s success and failure and maintaining a strong relationship with clients. With so much at stake, it is only natural that business managers are wary of outsourcing crucial, client orientated, roles like developers, quality assurance specialists and project managers to overseas talent when the realistic probability of a language barrier could hinder a project’s progress and disrupt team cohesion.

However, whilst these risks are worth remembering, there are plenty of simple things eCommerce and tech managers can do to mitigate them when considering hiring foreign talent – especially for team and client facing positions. Firstly, start by checking their CV for any well regarded English language qualifications. The International English Language Testing System (IELTS) and the Test of English as a Foreign Language certificates are the gold standard of English language proficiency but there are numerous others that are also well regarded. It is also worth checking their CV to see if they’ve worked with any English speaking companies or studied at any local institutions – this could save you time in the long run and will ensure that prospective candidates are on a par with more expensive domestic talent.

It is also common to include an English written task as part of any job application. Whilst this is definitely an important step – it is important to understand that being able to speak and write in a different language are two separate skills and it is unwise to assume that because someone can write a beautiful project plan or client report that they’re spoken English is up to the same standard. The easiest way around this is by asking successful applicants to engage in a few spoken interviews to get a flavour of their verbal skill – especially if they are applying for a client facing role such as project and account managers. If they are able to communicate effectively, comfortably and in a way that you think will strike a chord with your target client – then what’s the reason not to hire?

These checks are simple and cost-effective but the fact of the matter is that Eastern European nationals are likely to have a very high level of fluency and are well versed in both the professional language of demanding tech positions and the colloquialisms of friendly conversation that can help them gel with clients and colleagues alike. Many of the qualities that make designers, programmers and specialists successful are universal and Eastern European countries have done a lot to nurture creativity and natural talent to the point where their homegrown talent is up there with the best in the world.